A delicacy of Islamabad, Pakistan, famous among all Pakistani around the globe, Saver Pulao has a unique Spicy flavour and aroma but its very mild and extremely flavorful. Apart from deep frying the chicken and some spices, it is as simple as normal pulao. 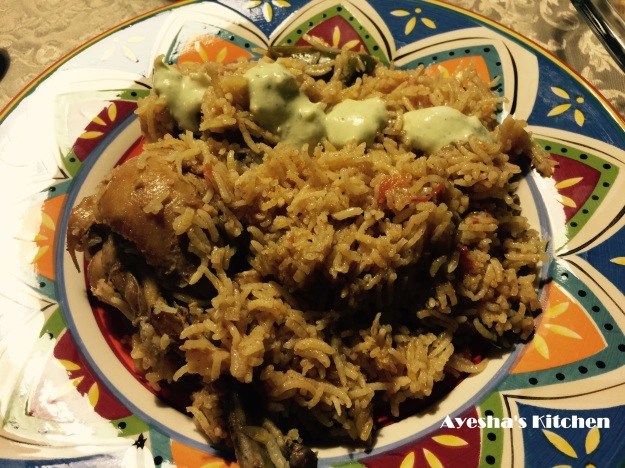 -Soak the rice for 30 minutes.

-Meanwhile, In a thick bottomed pan, put chicken pieces, garam masala for stock, salt and water and boil until the chicken is 75% cooked (changes the colour and remains in shape) and smells like spicy stock.

-Take out the chicken pieces from the stock and deep fry until they are light golden. Then keep aside till needed.

-Strain the stock and discard the residue. We will need 6.5 cups of this stock for 3 cups of soaked rice.

-Now in a separate pan (deep and good for cooking rice), heat oil and fry onion. When they start getting the colour, add ginger juliennes and Garam masala for pulao and fry until the onion gets golden brown.

-Now add tomatoes and cook on medium high flame until they are soft. Now add fried chicken and mix. Cook uncovered until the tomatoes are mashed up.

-Add the stock and bring it to a boil. Then add the soaked rice (after taking out the water they are soaked in already) and give it a gentle stir. When the rice starts to absorb water cover it with the lid and cook on low heat until the rice is done and no water remains.